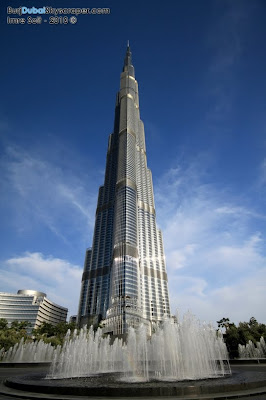 Burj Khalifa, the tallest building in the world which forms the iconic centerpiece of Downtown Dubai, has been named the winner of the mixed use project award in the prestigious Cityscape Awards for Real Estate in the Middle East and North Africa.

The awards are held in conjunction with Cityscape Abu Dhabi which runs until 21 April 2010 at the Abu Dhabi National Exhibition Centre and provide a valuable insight into current and future projects in the region.

Burj Khalifa is part of the two-square kilometre flagship development by Emaar called Downtown Dubai and, on completion, was named in honour of President of the United Arab Emirates and Ruler of Abu Dhabi H.H. Sheikh Khalifa bin Zayed Al Nahyan. Burj Khalifa, Dubai's new urban masterpiece and the world's tallest man-made structure at 828 metres, is surrounded by hotels, the region's biggest shopping mall, a world of entertainment options, as well as commercial and residential developments that make up Downtown Dubai.

In their comments on Burj Khalifa and Downtown Dubai, the panel of international and regional judges said: "True to the notion of iconic, this development encompasses everything good in a mixed use development - a pleasant commercial working environment, a range of excellent hospitality venues, world class shopping and a beautiful residential integration." Chris Speller, Group Director of Cityscape, added: "Burj Khalifa and Downtown Dubai have given the world of real estate a new point of reference for modern living and are clear and worthy winners of this prestigious award." The Abu Dhabi Department of Municipal Affairs were associate sponsor for the Cityscape Awards for Real Estate in the Middle East and North Africa with headline sponsors Boomerang Automated Parking and Self Storage, Gaggenau, Signature Kitchen and Jotun Paints. 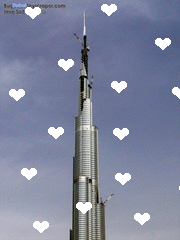